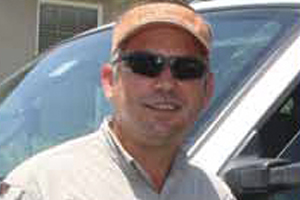 For most of his adult life, Tracy Hicks worked in an air-conditioned office and made a comfortable salary. Now he works all day in the Texas heat and his income is uncertain—and he couldn’t be happier.

As a small-business owner, Tracy says the thing that tickles him most is his freedom to create the kind of environment he wants to work in. He decides the quality control and he sets the bar high. He chooses the workers who adhere to his standards of courtesy and professionalism. He works long hours, but things get done right.

“I want to treat every job as if it were mine—my house, my fence. I think that’s important,” he says.

Tracy launched the company in December, and so far it’s built in excess of 80 fences this year. He says all but one of those clients would happily refer him to others. And, even though he knew he did nothing wrong for the one customer, it still bothers him today.

In the fencing business, “there are a thousand ways to cut corners, and if you’re not out there watching, you won’t know,” Tracy says. For example, if a worker sets a post one foot deep instead of two, “it won’t show when you’re done,” he says. But in a few years, the shoddy workmanship will reveal itself.

That kind of honesty does have a slight down side. “I’m not the cheapest guy,” he admits. At the same time no job is too small. “My goal is to give my customer what they pay for by using quality materials and applying superior workmanship.

A native Texan, Tracy grew up building fences in his hometown, Brenham. When he got out of the Navy, he took a job as a machinist working for a company that manufactured down-hole oil tool parts. He says he was a ringer, though—he got the job because he’s a good baseball player and the company team needed a good player for an upcoming state tournament.

Tracy worked his way up in the industry, and soon found himself as a partner and manager, but he got sick of traveling between his company’s major headquarters in Canada and Houston. After eight years in Houston, he and his wife Marlene, a teacher at Old Town Elementary, found a way to move to Georgetown. He also has a son Trey, who attends Georgetown High School.

Last year, Tracy became interested in managing a local fence company, and started the job in July. But it didn’t take long for him to see that he disagreed with its principles and values. That’s when he decided to launch Hicks Fencing Company.

His business operates with three crews. One crew does masonry, one does residential fencing work, and the third does ranch-style fencing. As an officer in past companies, Tracy says he’s hired and fired hundreds of people, and he’s developed a pretty good gut feel about who will work within the culture he’s building.

His crewmembers work hard despite the heat, and follow certain rules of conduct. They mustn’t leave trash on the property. They must be courteous and respectful to customers, which includes watching their language and conversations.

“If you’ve got your kid playing in the yard and you hear some guy out there talking, you don’t want to think, ‘I don’t want my kid around that guy,’” explains Tracy.

He keeps his crews small on purpose. After working for decades in companies with hundreds of employees, Tracy says in his opinion that once a firm grows past about a dozen employees, the stress is focused solely on employees and “it’s no fun anymore.” That kind of work culture includes paying his employees well, Tracy says. He doesn’t believe in seeking success without helping others succeed too. “We all have families to take care of, as my grandpa said, in the big picture, making a difference in other peoples’ lives is the biggest reward we can have.”

With current population trends, Hicks Fencing has a pretty good chance of meeting that success. Williamson County is one of the fastest-growing counties in the nation, while the Austin area continues to expand too. New homes need new fences. At the same time, old fences need to be replaced.

Tracy’s still early in his business life cycle, and he’s still building a network of Georgetown relationships, through his work and through daily interactions. With every handshake, Tracy’s building his reputation for reliability and integrity, because whatever business you’re in, building fences right the first time can be easier than mending them.